It’s been 4 months without realizing it since I’ve downloaded COE. I used to play another SLG game back in 2007, the things I pursued is just like T10 troops in COE.As a player who can’t afford to spend too much money on the game, I made as many mistakes as I could, thus, I am here to share my experiences and my lessons I learnt in the 4 months, hope it could be helpful to other players. I will divide my sharings into two parts: buildings and resources. I wish all the new players could aim for C30, all the way up and make less mistakes than I made.一、Castle upgrading.When entering the game for the first time, just follow the progress of the castle construction and click to build, don’t hesitate to buy it when the New Lord pack shows up, your castle construction will be greatly improved with it, especially in the early stage of the game, when you only have 10 workmen, and the pack benefits you for the whole game. 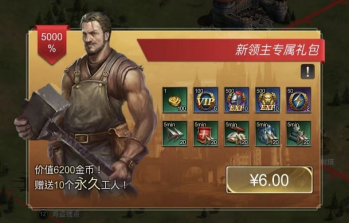 Then there will be a second super cost-effective pack: City development pack, which is also a must-purchase pack, make sure to upgrade all your buildings to Lv.16 before upgrading your castle to Lv.17. 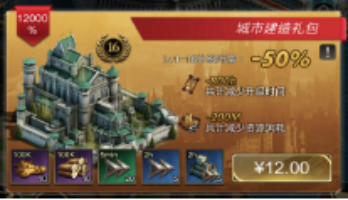 At the same time. In order to save construction time, it is recommended to subscribe, you can find it in the Tavern next to the city wall, you can turn it off anytime you want. 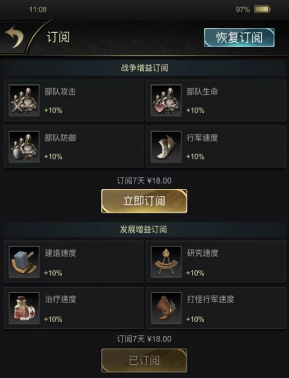 If the castle building is divided into 3 stages, the goal of the stage 1 is to level up your buildings to Lv.16, since you can use speed ups to train T6 Ghost Leader--your main troop in the stage 1, once your barracks are Lv.16.Personally, I would say T6 is the coolest among all Infantry, but you won’t be able to use it for too long, but only for a short-term transition. At the same time, you should train the highest tier troops in Range and Stables as well, where we can train the main damage dealers in fight. It should be noted that you are supposed to only train T1 Rams in the Siege Workshop. Since we relay on the high capacity of Rams to gather resources, besides, the Rams’ speed is rather slow in march. Perhaps the biggest role of Rams is to collect resources from the player who you’ve defeat. Of course, those professional Siege players aren’t taken in the consideration.After all, Siege can also deal a lot of damage once it’s damage is up. 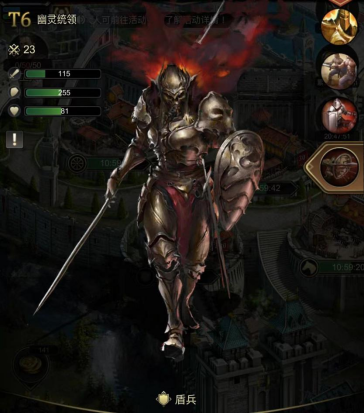 While training T6 troops, we are already on our way to the stage 2, which is to upgrade Lv.22 Castle as soon as possible. When Lv.22 Barracks are built up, you can train the main troops in stage 2--T8 Conqueror，it would be your only choice until you have Lv.30 Barracks. So, it is recommended to train a large number of Conquerors during events such as Kingdom Ceremony.But make sure that you arranged all idle workmen to the military camp before training. At the same time, you can upgrade in your research tech to reduce the time and the resource consumption. 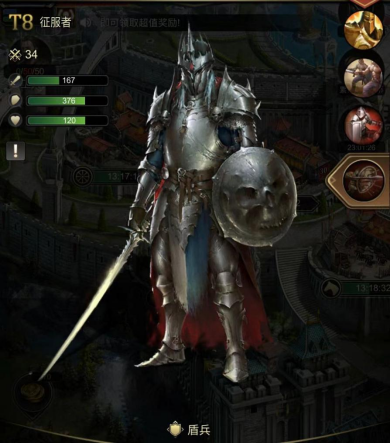 For players that can not afford to spend a lot of money on the game, usually you need to rely on T8 Guards for two months. During this period, only upgrade your castle and buildings that have to be upgraded before upgrading your castle, do not upgrade any other buildings. After getting through the tough days, finally we achieved our final goal--C30. 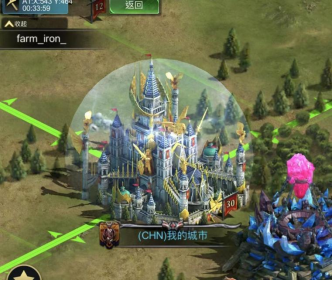 After upgrading to C30 and finishing the upgrade of T10 military camps. We can train the 4 ultimate troops：T10 Destroyers, T10 Elite bowmen, T10 Eternal knights and T10 Manglers. But different players will choose different combination of troops, most players will choose to use Archers and Guards, other than that, you can also use Guards+Cavalries, or Guards+Spearmen. But the game actually starts after you are C30, after finishing castle upgrading, we are able to enjoy the game more and participate in different events.

2.Resources.In COE, castle building, troop training,Tech upgrading, war and healing are all related to two things: resources and Gold. Next we will talk about the collect of resources.Ways to collect resources are simple, gathering, loot, and event rewards. You can also choose to purchase resource pack in store, but to most players,gathering is the main way to collect resources.First, join a strong alliance,to Chinese players, usually there will be a Chinese alliance in every kingdom. Join the Chinese alliance is recommended.One of the pleasures in the game is teamwork and corporation, so a strong alliance is necessary as well. Every alliance members should try to donate to alliance when available. You can also get rewards and points when donating.At the same time, we need to improve our VIP level to 5 to unlock the fifth march.

Next, activate your Economy Talent. We can choose from 3 talent pages, Battle, Economy and Development. Note: Only focus on one talent in each talent page.Most times, we can activate Economy Talent page. Upgrade food and wood production and gathering speed.You can only get talent points by leveling up yourself. And lord exp can get from rally camps and monsters. So do not waste your Lord Stamina, which is the key to decide your lord level. 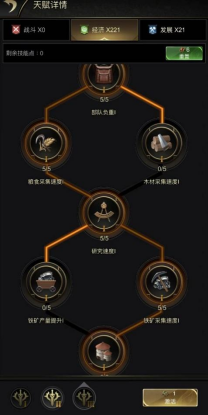 Fourth, how to loot other lords and avoid being looted? When you are strong enough, you can attack other players’ castles, which could bring you tons of resources.And a good gaming experience of course, The pleasure you get is equal as how sad you are when being looted. But make sure to scout before attacking. Also, if your kingdom as at peace, please think twice before breaking the peace agreement.And if it is at civil war, make sure that your shield is on before leaving the game, Especially during KvK and killing event. 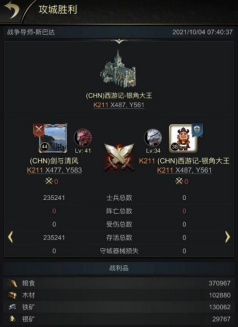 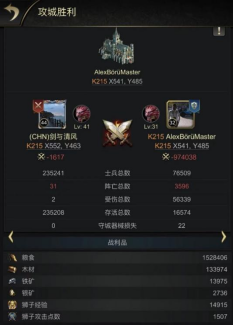 In the end, we need to talk about another important resource: Gold. In gameplay, we can purchase all items except Advanced Card by using Gold.The main usage of gold is to upgrade our A level heroes.Because Hero is one of the most important parts if you want to be stronger. There are some ways to collect Gold: Goldmine, packs, event rewards, daily sign in, invitation event, castle leveling up. Here we will talk about the two main ways to get Gold: Goldmine and Event.Goldmine, there is no other way but to top up to upgrade your Goldmine.Also, purchase in early game stage is recommended. You can gain some troop buffs while getting gold. 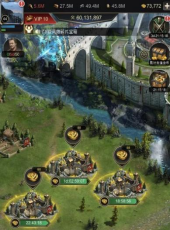 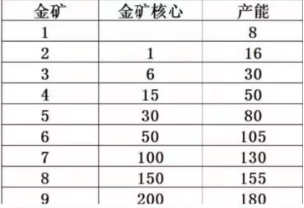 As for Gold Obtain in events, there are mainly 3 events: Gold Event, Treasure Trail and Kingdom Monster. But do not waste your resources in daily game plays, use your resources accordingly in consumption event is recommended.That’s all for now, I am really happy to share my thoughts with you guys, I hope you all can go smoothly in the process of building and developing your kingdom, and having fun! Also welcome everyone to come to 213CHN to fight with us.