I’ve been waiting for the next event right after the end of season 1. Finally,the next round of strategy started, and the topic of Season 2 is connected perfectly to the first season. So here we will continue our unfinished conversation, which is also the core of the game--Hero Enhancing.Hero acquisition.There are 20 heroes in total in game, 4 S golden heroes, 12 A heroes and 4 B heroes.Heroes and hero fragments can only be collected through recruitment in Hero Hall. 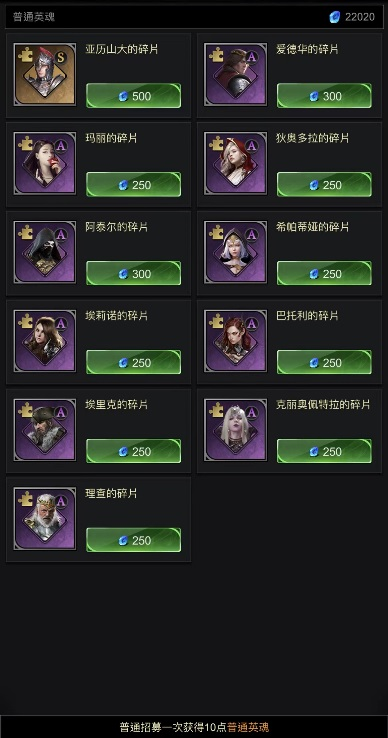 You can win a free sliver card and a S universal fragment each day by finishing daily tasks.And a S hero fragment chest when reaching 26 times in desert camps.

1.Turret Guard.You can win sliver and gold cards when unlocking a new stage and when battling constantly in locked stages. Note:Gold cards only appear in X5 and X0 stages. 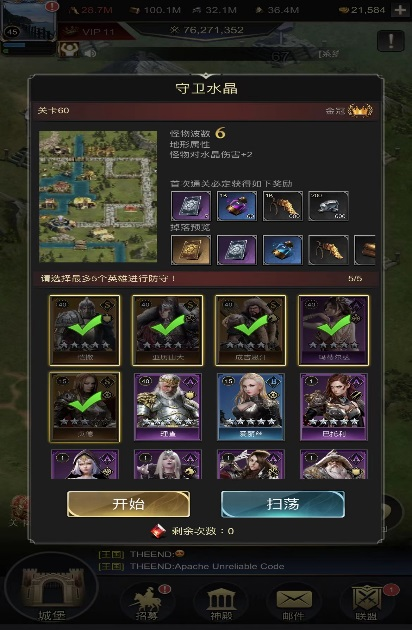 2.Purchase. Sliver cards can be purchased by Gold, Gold cards can be obtained through top up and lucky draw.10 times roll can win a 10% discount.Gold cards can be obtained in Pandemonium.It is recommended to draw in Sunday, to finish the Gold Consumption Event at the same time. Also, there is a limit in super pack purchasing,10 times at most per week. I recommend players to purchase Lv.3 and higher packs since it is not so cost worthy to purchase Lv.1 and Lv.2 packs.

3.Event Tasks. One is the newly updated events, such as Thanksgiving event, you can get all kinds of rewards through snow monsters and the dragon. The other is Invitation Event. Each player can invite 5 players at most at the same time. Both sides can win Gold cards, Gold, S and universal fragments and so on. I have won all these rewards, so please do invite your friends to join the game!

Here we need to notice that you cannot get discount in Advanced Recruitment, So it is recommended to use them in Events such as Kingdom Ceremony.The match of heroes.Heroes can provide great powers as the core of lord’s attribute, much more important than powers gained by training troops. S heroes are usually the best, both S and A heroes can be upgraded to 10 stars while B heroes can be upgraded to 5 at most. 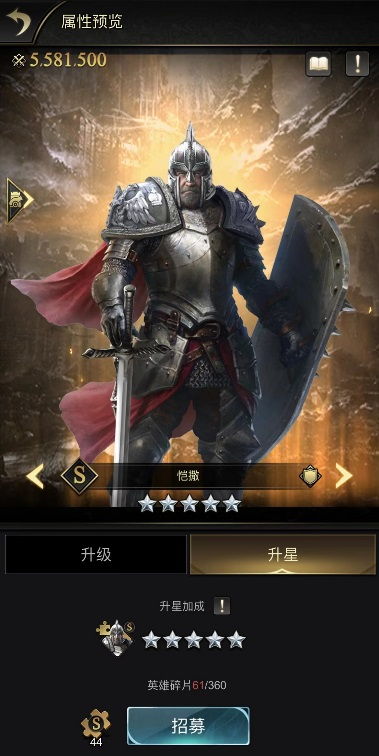 In hero appoint, you can enhance 5 heroes, 4 commanders and a general, which way you want to develop yourself are usually decided by your general. Players usually choose 4 S and one A, but you can switch your siege commander from Joan to Hypatia or Matilda.Next we will discuss the “roads” you can choose to develope.

Double Guards.(Guard+ Archers)Double Guards are usually chosen by the player who start the rally, because Guards are the most powerful and important role in battling. From the battle report we can tell that the side who lost his Guards lost the battle, we can even say that Guards are the determining role in battling.When matching heroes for Double Guards troops, Guard Commander has to be Caesar, general can be chosen from Richard,Eleanor and Knut. However, it is hard to develop your Knut as he is difficult to get from recruitment. 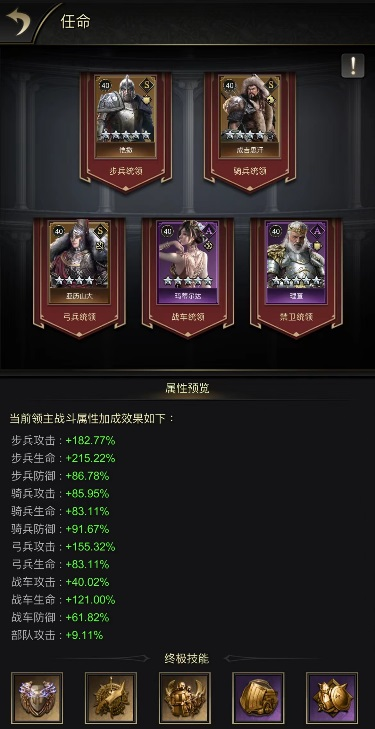 Guard+Cavalry(Cavalry)The game set is that, Guard counters Spearman, Cavalry counters Archer, Archer counters Guard. So to Cavalry, there is no T10 troop to counter it as the highest spearman troop is T9. And cavalry’s ability to deal damage can be extremely powerful, especially cavalry can attack archers directly when skills are on. 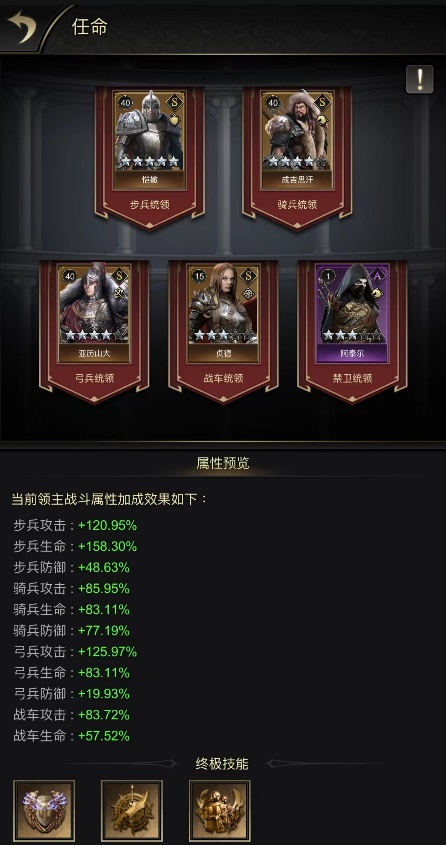 When choosing heroes for the match, Guard commander uses Caesar or Knut, General uses Altai or Diodora. Notice: Cleopatra’s ult skill only counters Horse archer, also it takes a long time to build your match, usually you have to wait for T10 cavalry.Guard+Spearman(Spearman)Because the great performance of cavalry in KvK, so in order to counter Cavalry, some players will chose to play Spearman as their main troop, the only reason to play Spearman match is to conter Cavalry. When choosing hero, use Cesar as Guard commander and Mary as General.Extreme matchIn alliance rally battles, you can only choose one attribute to develop, relay only the tanky member who starts the rally, maximize your damage, usually players use archer or cavalry.When choosing heroes, mainly develop heroes that can increase attack attribute of your troop, and do the same in tech research. By that, you can deal a lot of damage by not using guards in rally, however it is not suitable in single battle. As you can see in the picture, the damage deal difference from me and a player who only uses archer in alliance rally. 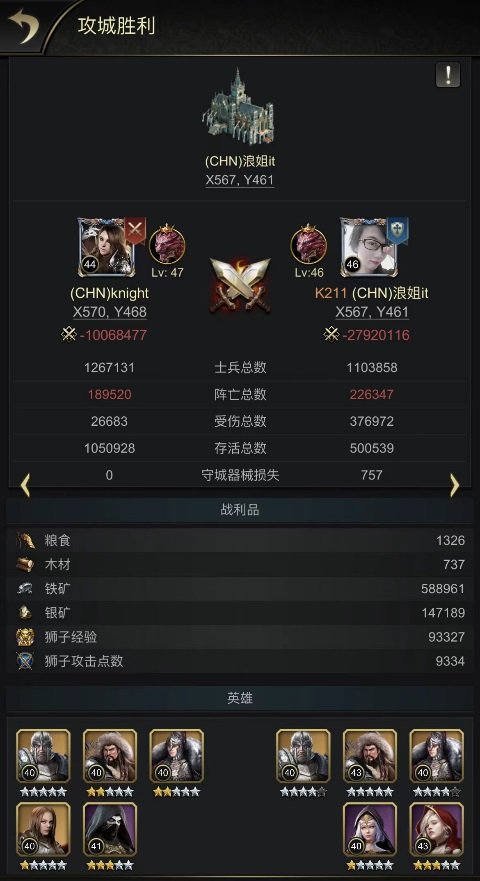 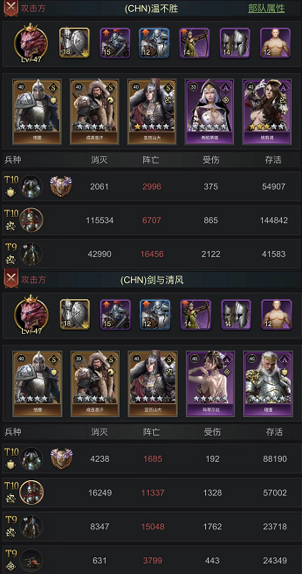 Hero Enhancing.Hero Enhancing includes two parts. Level and Star.Hero leveling up can bring the increase of hero’s attribute, leveling up to Lv.40 can unlock hero’s ult skill,so our priority is to level up our core heroes to Lv.40.

The only thing needed for the cultivation of hero level is hero experience. The main source of experience output is the polar desert. Experience is obtained by sending heroes and soldiers in the polar desert camp. The number of camps is determined by the level of the hero hall. Up to 30 levels can open 8 camps, so in the process of development, try to keep the level of the hero hall consistent with the level of the castle to gain the highest experience. At the same time, you can plunder other players' camps by consuming stamina. The stamina will be restored over time. 10 points of stamina can be restored every 1 hour, and 10 points of stamina can be plundered once. Therefore, you must often enter the hero camp to gain experience and consume stamina to plunder experience. Both experience and stamina have an upper limit and will not continue to increase after reaching the upper limit. It should be noted that you can accumulate stamina items as a daily routine, and use them in the stamina consumption event every Tuesday to obtain a large number of hero experience items.

Another source is the decomposition of hero fragments. You can decompose hero fragments you decide not to use daily in exchange for experience. Here, it is recommended that the fragments of S-level and A-level heroes should not be disassembled. Otherwise, when you want to change the development route or change the main attribute in the future, you will find that a large number of fragments have been decomposed, and the star of the hero you want to use can't keep up. there is no other way by that time. 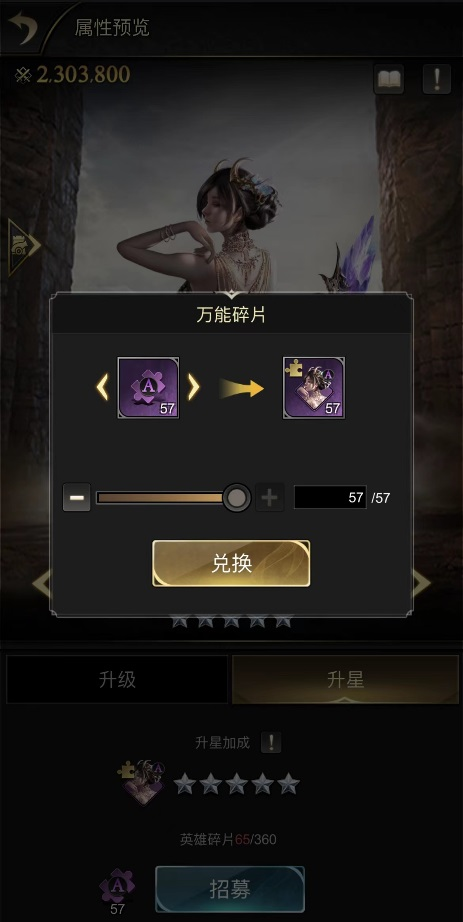 At the same time, I have to mention the most cost-effective top up for the development of hero stars, that is, the gold top up event. You can obtain a large number of precious items such as gold cards and lion shards while getting gold, making your development faster. Greatly widened the gap with other players. If you can get all the rewards, you can basically crush 99% of your opponents in combat event such as KE and KvK. 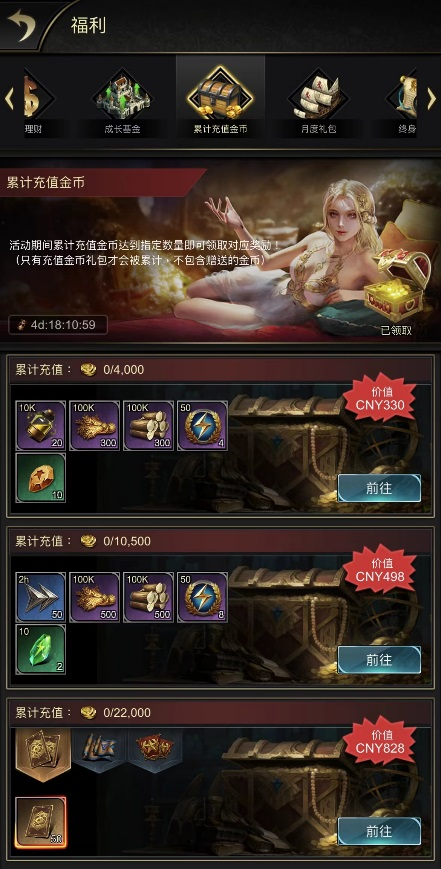 Finally, I wish you all players a smooth progress on the road of hero training, and build your own ten-star hero as soon as possible!